We already know that the rates of twins have increased by over 70% in the US for the past 30 years. Actually, it’s a historical time for the twin population is growing like never before. One in thirty babies born in the US is a twin.

I’m talking about Cândido Godói, a remote town located in the state of Rio Grande do Sul, Brazil near the Argentine border. Especially famous for its high number of twins born there. Want to know more? Keep reading…

The Twins Capital Of The World 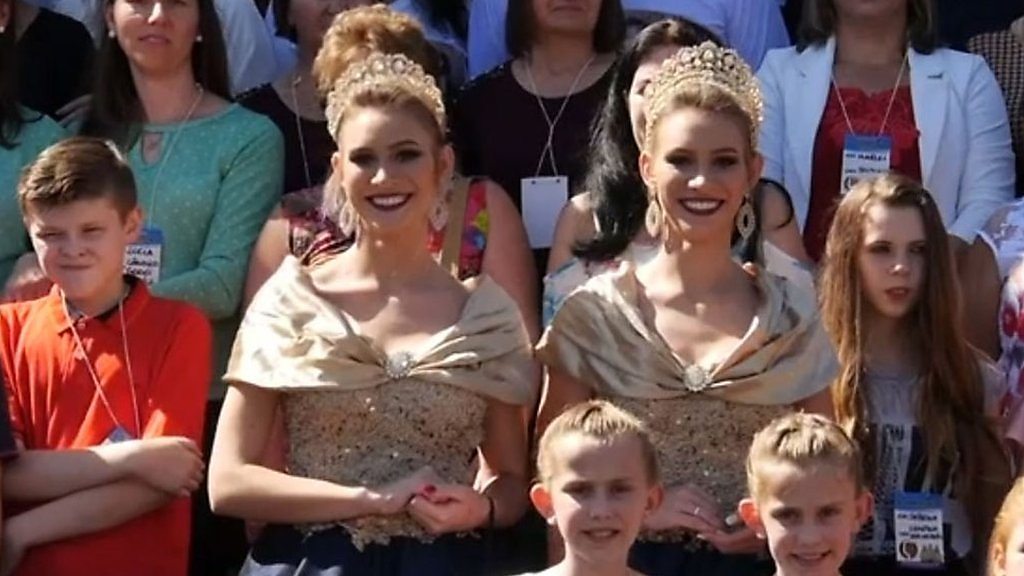 Cândido Godói, tenderly known as Land of Twins, is located in a remote municipality in Brazil. It has 6,500 inhabitants of which 90 are pairs of twins as stated by a report from the Municipal Chamber.

This means that for every ten women, one gives birth to identical twins. And it is now a new phenomenon. There are records that show that it has been happening since 1959. From this date to 2014, 35% of the town’s population were twins.

So, of course, this was a source for scientists to come to several hypotheses and investigations. Especially when they realized that most of the twins born here are blond and blue-eyed. And let’s be real, that’s not the common genetics in Brazil.

Have you ever heard/read anything about Josef Mengele, the Angel of Death? Well, Josef Mengele was a Nazi doctor who used to run macabre experiments with people. He was obsessed with the “superior Aryan race”. He ran many sadistic experiments to create and demonstrate the aforementioned superiority. And one of the experiments was related to twins.

In search of the Aryan twins, Josef Mengele conducted twin experiments in this small Brazilian town. He made Cândido Godói his own human laboratory and used its inhabitants as guinea pigs.

After the Third Reich fell, Mengele sought refuge in South America, more specifically in Brazil. And it wasn’t a coincidence that since his arrival, the number of twins began to increase in Cândido Godói.

A prove of this mystery solved can be found in Eva Mozes Kor, an 81-year-old twin, who survived the Holocaust, and Mengele’s experiments on her and her twin sister Miriam.

In her autobiography titled “Surviving the Angel of Death”, she narrates the story of their kidnapping when they were only 10 years old. “Suddenly, Mengele appeared shouting in German ” Zwillingen, Zwillingen! ” (Twins, twins!). He stopped in front of us and looking at my sister and me, he asked if we were twins.”

Luckily today, the twin population isn’t part of an experiment anymore. And in Cândido Godói they like to see the glass half full as they celebrate the “Twins Festival” every two years.

And if you were wondering, no, Mengele was never tried for his crimes.