A woman recounted in a Tik Tok video how, in her own home, she ended up scared after a gas operator gave her his number and then proceeded to loiter outside her home. According to Emely, the user of the social network who uploaded the video, the man spent more than an hour hoping that he would be invited to enter.

The following video, shows the gas man is still parked outside her front door as the text exchange is happening, with Emily captioning the clip: “Why is he not driving off?”.

Things soon escalated as the TikToker described in the caption how the gas man was “ready to risk it all” when he then told her how her PJs had “turned him on.”

After this message, Emily checks outside once more, only to find the gas man has not moved from the front of her house, as she records him while he appears to be checking his phone for messages.

She did not respond to the messages anymore and after a while, the gas operator was still there, she already began to feel quite uncomfortable.

Emily looks out of her front window and finds again that the gas man is still outside her door as the on-screen caption reads: “HE HAS BEEN WAITING OUTSIDE FOR AN HOUR HELP!”

Since posting about her experience, the video has received 1.1m views, with 53,000 likes. In a follow-up video, Emily revealed the gas man had heard about the viral TikTok and sent her a text requesting her to take down the video.

Indicating that he could lose his job, that he realized later that he had been inappropriate and that he apologized if he had bothered her. 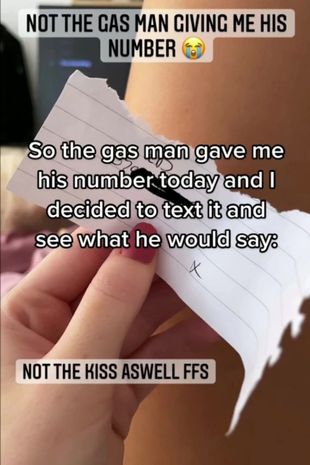 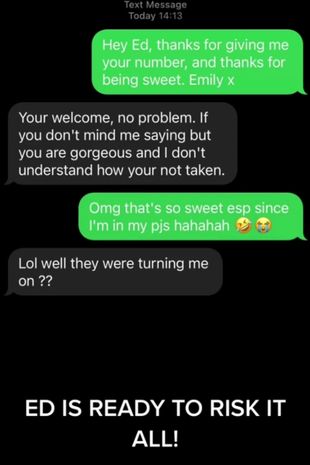 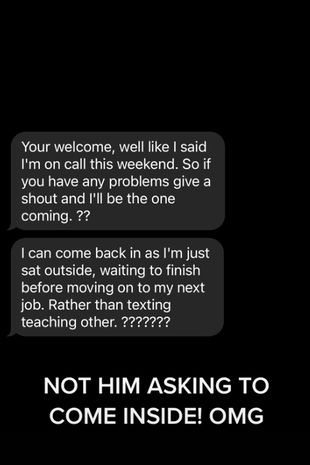 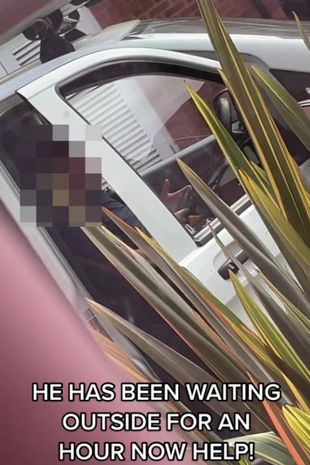